How to Use the online ordering system

What more can you say about the season that Concordia’s Anthony Beauregard (St. Damase, Que.) put together for the East Division’s third seed? The talented forward, put the OUA on notice with a torrid scoring pace that sent him to the top of the final ranks in both the conference and the nation.

Beauregard’s 60 points were far away the pace-setting mark this season, eclipsing his closest competitor in all of U SPORTS by 14 points. To achieve these lofty totals, the second-year talent tallied a second-ranked 19 goals and notched a nation-leading 41 assists, showing that he is just as electric setting up his teammates as he is at finding the back of the net. Diving deeper into his electric offensive prowess, Beauregard was able to be on the ice in several situations, including special teams, where he notched four power-play goals and three short-handed goals on the year.

This marks the first time in almost three decades that a Concordia player has received the East Division’s MVP nod, and just the third time overall, joining the likes of former Stingers Robert Desjardins (1990-91) and Mark Mahon (1988-89). For his impressive play, Beauregard has also earned a selection as a 2017-18 First-Team All-Star, but isn’t the only Stinger being represented therein.

Also playing significant roles for the capable Concordia squad this season was newcomer Carl Neill (Lachute, Que.), who quickly became one of the most potent defenders in all of U SPORTS. The first-year blueliner showcased his two-way talent all season long, to the tune of a 26-assist campaign – pacing all defencemen for the year – to go along with five goals. His 31-point total not only ranked him 13th in the OUA, but also secures him a First-Team All-Star nod, as well as a spot on the All-Rookie Team.

Concordia forward Massimo Carozza (Montreal, Que.) has also been selected for the 2017-18 All-Rookie Team after finishing third in the OUA with 35 points, with top-10 results in both goals and assists.

While Neill and Carozza were standouts among their fellow freshman, it was another first-year phenom that takes home the East Division’s Rookie of the Year award, as Riley Brandt (Trail, B.C.) secures the honour for the RMC Paladins this season. When looking for the elite goal-scorers in the country, Brandt’s name quickly shot to the top of the list, as the Paladins star finished first in U SPORTS in goals this season with 21.

Brandt, who also earns a First-Team All-Star and All-Rookie Team nod, stepped up in a big way for the Paladins, not only achieving great personal success, but also helping his team fight tooth and nail for the final playoff spot this season. Behind his 33 points (7th in OUA), Brandt has helped to show that the future of RMC hockey is as bright as ever, especially given that he is just the second Paladin to ever win the award (Ryan Vince, 1997-98), and that he is one to keep an eye on at all times when taking to the ice.

While one RMC rookie was putting pucks in the net, it was another keeping them out, and Daniel Vautour (St. Louis de Kent, NB) has garnered an All-Rookie Team nod for his puck-stopping proficiencies.

It was a big year for McGill, the division’s top-seed, meanwhile, which earns a trio of major awards for their contributions on the ice, behind the bench, and beyond the rink. Starting on the ice, one of their biggest threats is between the pipes, as netminder Louis-Philip Guindon (St. Joseph du Lac, Que.) has been named the 2017-18 Goaltender of the Year.

Guindon posted an 18-6 record, leading the nation in wins along with a conference-leading goals-against average of 2.22. The second-year goalie also compiled a solid .917 save percentage on the season, playing a big role in leading McGill to the league’s best defensive record.

Also playing a role in the team’s defensive prowess, as well as their offensive strengths, was head coach Kelly Nobes, whose efforts behind the bench have earned him the 2017-18 Coach of the Year award. Guiding the Redmen to a division-leading 22-4-2 record and their fifth trip to Nationals in his eight seasons at McGill, Nobes takes home the award for the second time in his career (2010-11). A former McGill player and a veteran bench boss of 17 years in the OUA, Nobes was able to get the most from his talent-laden roster this season, which included top-three finishes in offence (4.00 goals per game), defence (2.31 goals-against per game), power-play goals (27), shorthanded goals (8) and penalty-killing (88.4%).

The third major award winner from McGill was one who made an impact not only on the ice, helping him earn Second-Team All-Star honours, but off of it. For his well-rounded efforts, Nathan Chiarlitti (Maple, Ont.) has been named the OUA’s 2017-18 Randy Gregg Award nominee. The fifth-year defenceman scored 16 points in 28 games and had only eight penalty minutes.

In the classroom, he achieved a 3.91 GPA last year and is now in the second year of a master's degree in kinesiology. He made the Principal's Student-athlete Honour Roll and earned Academic All-Canadian honours. The Redmen captain has served as a volunteer for a multitude of causes, including Hockey 4 Youth, an organization that helps new Canadian immigrants learn how to skate. He also has assisted with the Montreal chapter of Best Buddies, an international charitable organization designed to create friendships between people with intellectual or developmental disabilities, with an ultimate goal of making schools more inclusive and accepting. Over the past five years, Chiarlitti has also volunteered with the Antigonish Minor Hockey Association, the Maritime Program of Hockey Excellence, and ParticipACTION – and those beyond athletics, including Fit 4 Life and Fit 4 Tots, a community service program which promotes healthy lifestyles to children.

Joining Chiarlitti as a Second-Team All-Star is teammate Jerome Verrier (Drummondville, Que.), a third-year centre who proved to be one of the most prolific passers in the conference. Verrier finished second in the OUA scoring race with 41 points, including a dozen goals – four of them game-winners – and also ranked second with 29 assists, to lead one of the truly elite offensive units.

A pair of other standout scorers round out the Second-Team forwards, as UQTR’s Christophe Boivin (Quebec City, Que.) and Carleton’s Brett Welychka (London, Ont.) – the latter also serving on U SPORTS All-Stars this season – have turned their strong campaigns into all-star selections. Boivin paced the UQTR Patriotes in his rookie season – also earning a spot on the All-Rookie Team – ranking fifth in the OUA in points (34) and seventh in goals (16), while Welychka wasn’t far behind with a 31-point season of his own (13th in OUA).

The Ravens’ product wasn’t the only U SPORTS All-Star to receive recognition for his body of work this season; however, as fellow representative Spencer Abraham (Campbellville, Ont.) turned in an award-winning campaign of his own. The Queen’s Gaels captain has been named the 2017-18 Defenceman of the Year for the second time in his career (2014-15), not only proving to be a game-changer in front of the net, but also in the attacking zone to the tune of 22 helpers this season (5th in OUA).

The First-Team All-Star also shone in other facets of the game, most notably in terms of his overall demeanor, as his respect for the game and those around him have also helped make him the 2017-18 Most Sportsmanlike Award recipient; becoming just the second Gael to win the award (Brady Olsen, 2006-07).

It takes more than just one player for a team to finish second in their division; however, and in that vein, two Queen’s teammates are also being recognized with all-star selections. Forward Slater Doggett (Oakville, Ont.) has secured a First-Team nod, behind his top-five finish in goals (18) and top-ten point total (33), which also included a quartet of game-deciding goals for the Kingston squad. Goaltender Kevin Bailie (Belleville, Ont.), meanwhile, has carved out a spot as a Second-Team All-Star after allowing the fifth fewest goals against (33), racking up a stout win percentage of 0.769, and finishing in the top ten in save percentage (0.920).

Rounding out both the Second-Team All-Stars and All-Rookie Team are a pair of Gee-Gees defencemen. Securing the all-star selection was Jacob Sweeney (Quebec City, Que.), while Medric Mercier (Ottawa, Ont.) garnered first-year recognition, both as a result of the key roles on the uOttawa blue line this season.

The complete list of the East Division major award winners and all-stars can be found below: 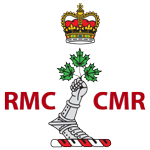